What was your motivation to turn vegan?

The story of how I turned vegan is very interesting and maybe a little unusual. At 21 years old, when exercising the function of commercial airplanes pilot, I was diagnosed with diabetes mellitus type 1, which implies mandatory use of insulin. Due to current laws of medical requirements, it was the end of my aviation career. This diagnost was followed by a painful and full of a questioning period. Starting from the simple: “Why?”, “Is it just with me?” and even “right now?”

Between many other questions, new ones came at the same time that I started to have a greater concern with my body. Visits to medical clinics increased and my food routine was heavily modified. Combining these factors, soon I questioned the reason why we eat what we eat. Is it just for plain habit? Cultural and evolutive reasons? Ou some other reason that had not have crossed my mind?

I embarked on a cultural journey that lead me to vegetarianism, which at that moment stood as a lighter, healthier and ecologically correct lifestyle. I reflected with myself for a while about the impact that a decision like that would impact in my life, in my family and other people close to me. Soon I realised that becoming vegetarian was the most logical decision for me, this new option of life would represent values that were already on me. 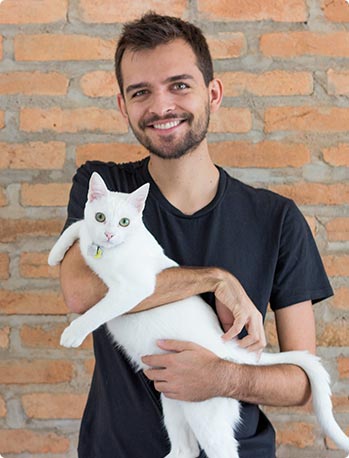 After some time as vegetarian, those questioning came back, those who certainly the many vegans have had during the transition from vegetarianism to veganism: Is eating wrong? And dressing, is it too? Can the car seat be made of leather? What about the cheese? Does the cow suffer? And the egg? It is not the natural process?

I confess that beyond the questions above, one of the crucial factors in my decision to go on on the evolution to veganism was the presence of pets next to me. Until then I had not lived together so close to animals. It was changed like that, that I adopted a little dog on an animal fair. The glances she gave me and the how I was the center of the world to her, made me question the positioning that we human beings have regarding every other animals. This new circumstance that I found myself into, definitely defined my entrance into the veganism world. 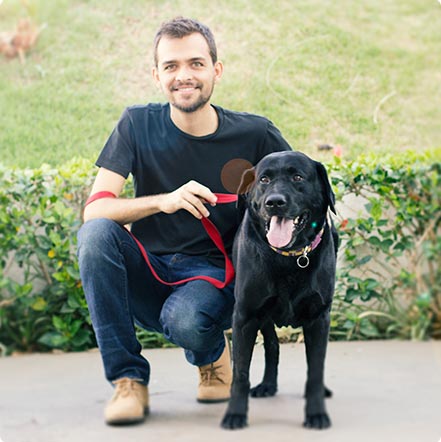 At the same time that all this happened, the idea of creating Ahimsa came, since I could not found products in the market that represented me. I found nothing that had true vegan intentions, none brand that not only protected animals from slaughter but also the environment that we all live that all, that took ambientalism serious and not as a convenient marketing.

Summing up, my motivation increased proportionality as I as studied more about the theme, and mainly as I was questioned my habits and the millenary habits of our human society. So I concluded that there is nothing that is that needs to be, and nothing that is so good that cannot be better. I turned vegan =)